One of our Mandarin teachers from @Harris_ITE has written a guest blog for @QMUL Residential Life on Chinese traditions and spring festival https://t.co/OgkIoLXyDZ

As an all through Academy, Chobham ensures that there is curriculum continuity between Reception and Year 13. Yesterday, we had our all-through curriculum meeting with primary and secondary subject leads to help us gain a better understanding of what each phase does. https://t.co/YW4nAN8w8r

Today the Year 9 preferences information for parents/carers and students launches on our website https://t.co/hhSlgViGrO and on our YouTube Channel https://t.co/qkoHt8NRub. Year 9 will be learning more in tutor time next week.

How many do you do on a regular basis? Drinking water and physical activity are the easiest to achieve #wellness https://t.co/7hH72DTAhl

Our PGCE trainees delivered some amazing presentations as part of their School Based Study. The trainees had to identify a topic or question which arises in school and present their findings to the leadership team. @ucl https://t.co/nQX6YRj2AV

Our students are enjoying their last full day at Jamie’s farm @JamiesFarm https://t.co/06uT6NtPEV

Yesterday was another great day on the farm for our Year 10s @JamiesFarm https://t.co/jhfX2D07G5

How good are you at being patient with yourselves and one another? @chobhamacademy we value the importance of patience as a key interpersonal skill #Wellbeing #mindfullness

We have had a great day at Jamie’s farm. @JamiesFarm https://t.co/TDbSlCWCFC

Our Year 10s who are spending the week @JamiesFarm are currently in the middle of making breakfast and feeding the animals. https://t.co/vv3ubIz754

Twitter WallHarris Academies
All Academies in our Federation aim to transform the lives of the students they serve by bringing about rapid improvement in examination results, personal development and aspiration.

We are mindful of the need for additional opportunities to enhance students’ experiences beyond what they encounter in the normal school day.  Our house system provides these opportunities. These are occasions where students can enjoy themselves and thrive in a competitive manner and by doing so develop into happy, resilient young people ready to face the world and able to participate, both within a team context and through leading others.

We are proud of our house system which gives students the chance to earn points and compete for their house and, by doing so, enjoy a sense of belonging. Students can earn house points in a variety of ways:

Built into the house system is our need to ensure students understand and value charity. The idea that they are able to offer time and raise money for those less fortunate than themselves. Throughout the school year we ensure a range of charities are supported and each house has its own nominated charity.

Our houses are named in honour of people who we as a school community (both staff and students) are inspired by. We have six houses each led by a Head of House.

The Head of House leads one of Chobham’s six houses.  They are responsible for maintaining and developing the house identity and ethos.  They will do this through house assemblies, tutor time and their own profile around the school.  The Head of House will work with students to organise and deliver events in our house activities programme.  Many of these will raise funds for the house charity.  The Head of House will generate support for events and maximise participation.  They will make sure that the house charity is well known to students and that they understand about the charity’s background and work.

Let us welcome you to the Chobham Houses:

Chimamanda Ngozi Adichie is a Nigerian novelist. She has written a series of short stories and non-fiction pieces including “Purple Hibiscus” and “That thing around your neck”. Chimamanda has also delivered TED talks, the most famous and viewed of which include of “The Danger of a Single Story” in 2009 and “We Should all be Feminists” in 2012.

Sir Roger Bannister was the first athlete to run a mile in under 4 minutes. His passion was to become a doctor and he later became a distinguished neurologist and became a Master at Pembroke College, Oxford before retiring in 1993.

“However ordinary each of us may seem, we are all in some way special, and can do things that are extraordinary, perhaps until then… even thought impossible” Sir Roger Bannister

Rosalind Franklin was an English chemist who made key contributions to the understanding of molecular DNA. She only lived to the age of 37. Many talk about the fact that she should have achieved a Nobel Prize in her lifetime for the work she had carried out.

“In my view, all that is necessary for faith is the belief that by doing our best, we shall succeed in our aims: the improvement of mankind” Rosalind Franklin

Lubaina Himid CBE is a contemporary artist and curator. She is a professor and her art focuses on themes of cultural history and reclaiming identities.

Nelson Rohlilahla Mandela was a South African anti-apartheid revolutionary political leader and philanthropist who served as president of South Africa from 1994 to 1999. He was the country’s first black head of state and first elected in a fully representative democratic election.

“I never lose. I either win or learn” Nelson Mandela

Srinivasa Ramanujan was an Indian Mathematician who lived in India under British Rule. Without any formal training, he had made substantial contributions to mathematical analysis, number theory and infinite series alongside finding numerous solutions to mathematical problems that were previously considered unsolvable.

If you have any questions, feel free to contact Ms Haigh our house team leader. 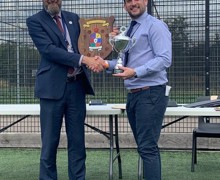 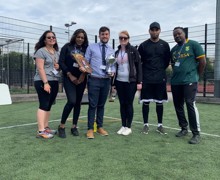 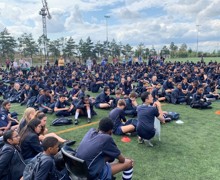